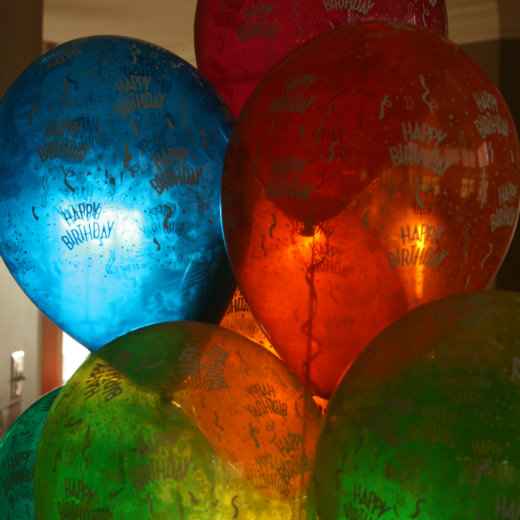 my daughter recently turned 7 and my son will turn 11 next week.  with birthdays just one month apart and my daughter’s favorite friends being siblings of my son’s favorite friends, i convinced them to join party fronts.  neither my daughter nor son wished for anything extraordinary for their parties.  they consistently said they just wanted to play.    so the other day, a day of play is what we had.  it was labeled as birthday party on the calendar, referenced in conversations {of which there were many} as birthday party. but as far as a parent is concerned, it was really a glorified playdate.  even two days before the party, i found myself thinking of fun little projects or games for the party.  then i stopped myself.  i reminded myself of my children’s very specific words:  i just want to play.

and, really, it made my life so much easier.  i will admit that i like the idea of a martha stewart party with everything decorated beautifully and the food just so, with clever games, activities, and party favors.  but to get to that martha stewart status {which i don’t think i’ve ever attained in past years…} requires a lot of …unnecessary… stress.  this year, my children unknowingly gifted me with stress-free party planning. 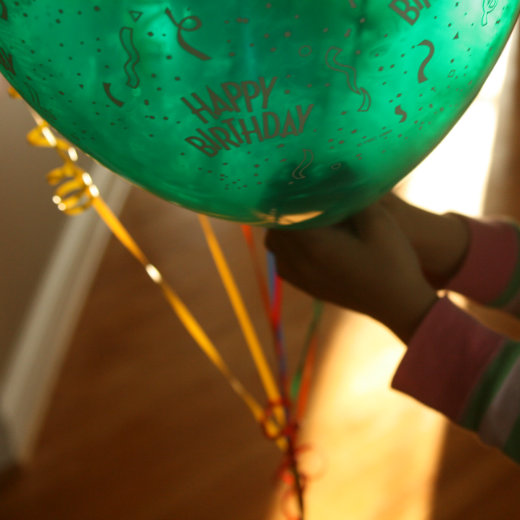 the usual grocery store trip was full of fun and anticipation as they helped gather party food…and balloons!  oh, the magic of balloons.  the plan was play, pizza, play, treasure hunt, brownie sundaes, play.  pretty simple, no?  i did a treasure hunt** for the girls, and a treasure hunt for the boys.  the “treasure” was a coupon for a brownie sundae.  you see…i didn’t even have to bake a cake or frost cupcakes.  i just had to bake requested brownies.  more kisses to my kids.  the only question in my mind was how loud things were going to get. 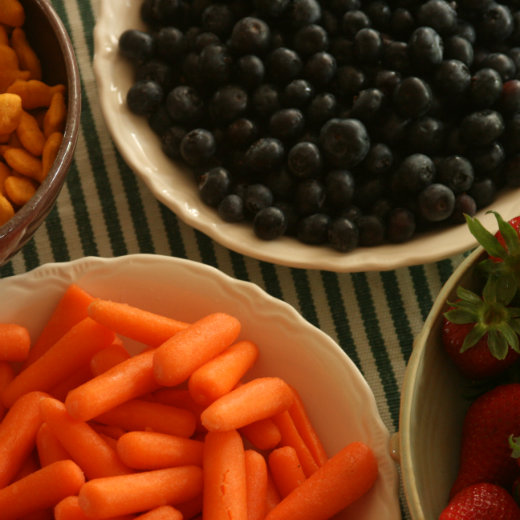 the girls did their thing, the boys theirs.  we came together for pizza which was a ridiculously loud and rowdy gathering, but if you had seen the smiles on those faces…  after lunch, the kids ran off to play some more.  and following their separate treasure hunts, we joined up again around the kitchen table for brownie sundaes…i’m sure way too much chocolate and caramel syrup was slopped into bowls.  but it was a party, right?

i cannot tell you how glorious a day it was.  my children were over-the-moon happy with their friends playing at their house all at once.  they were thrilled with pizza and brownie sundaes.  they were excited by the treasure hunt.  seriously, it almost brings tears to my eyes as i type this, thinking about how happy they were…how easy, really, it was to give them that day.  it was so beautifully simple in design…their design.  they don’t need much really.  our party time was a lovely reminder of that.

i tell you, i was on a high that entire day.

so i leave you with this idea of keeping things simple.  sometimes less is more.  we’ve all heard that, i know.  but really… 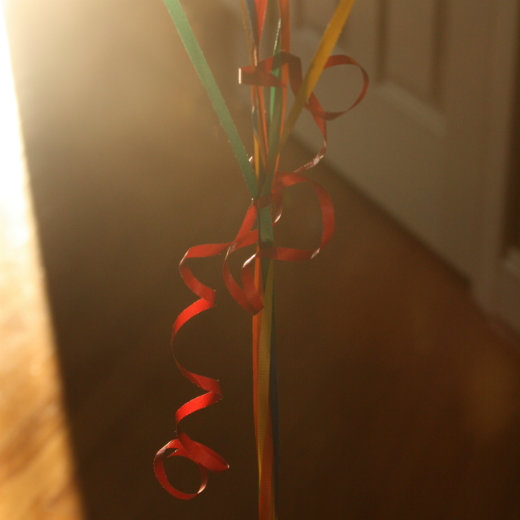 please do make some room in your life for ease and friendship and balloons.
so, so good.

** i used downloadable treasure hunts from here…second time i’ve used them.  i highly recommend!  you print it out {maybe glue clues to colored card stock} and hide.  there are directions telling you exactly how/where to hide each clue.  all you have to do is read and follow directions.  no thinking involved…because being witty and clever with treasure hunt clues and making sure i hide clues in the right spot so that hunters will get to the next appropriate clue is not high on my list of what i want to do on party day.

I'D LOVE TO HEAR YOUR THOUGHTS Cancel reply 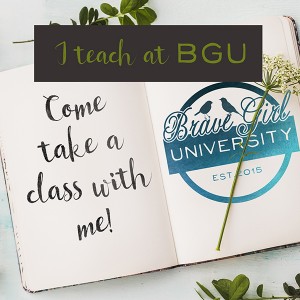